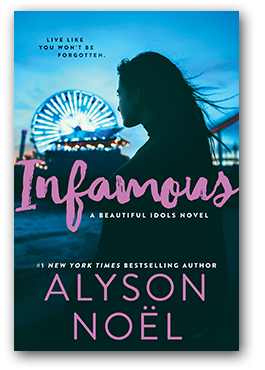 Layla Harrison never imagined she'd see the inside of a jail cell, but sometimes fate can be as nasty as some of the comments on her celebrity gossip blog. Luckily, she wasn't alone—fellow promoters Aster Amirpour and Tommy Phillips were also detained when Hollywood It Girl Madison Brooks's dead body turned up at an Unrivaled nightclub.

Only it wasn't Madison. The real Madison Brooks is alive and hiding out after escaping a kidnapping attempt that almost took her life.

Once the police discover they've made a mistake, Layla, Tommy, and Aster are set free—only to discover that they're all being played. Layla learns someone hacked her blog and posted the draft she'd written revealing Madison's diary entry. Tommy is sent stills from the surveillance video showing him outside Night for Night at the time Madison went missing. And Aster receives another copy of the embarrassing DVD of her sexy photos that were taken at Madison's house.

However, none of their dirty little secrets compares to the one Madison has been keeping her entire life, and her past is dangerously close to being revealed. Which means Madison must come out of the shadows to ensure she doesn't lose everything she's worked for, regardless of who might get caught in the crossfire.

Impossible to put down and satisfying to the bitter end, Infamous is the last book in Alyson Noël's provocative Beautiful Idols series. 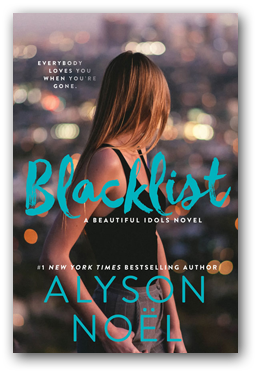 Layla Harrison, Aster Amirpour, and Tommy Phillips always dreamed of the ultimate celebrity lifestyle. But Layla, Aster, and Tommy never imagined it would come with a cost—the involvement in the disappearance of Madison Brooks; a story that's blinded the world like a starlet dazzled by paparazzi flashbulbs.

Now, Layla is receiving mysterious messages from an anonymous source, Aster faces a looming murder trial, and Tommy is retracing his steps as the last person who Madison saw alive.

You can dig up dirt about celebrities that the tabloids miss if you search long enough. But when Layla, Aster, and Tommy team up with an unsuspecting insider to unearth the truth, they will find that some secrets are best kept in the grave. 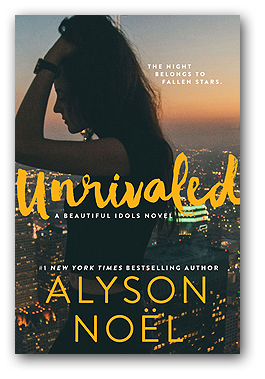 Everyone wants to be someone.

Layla Harrison wants to leave her beach-bum days for digs behind a reporter's desk. Aster Amirpour wants to scream at the next casting director who tells her "we need ethnic but not your kind of ethnic." Tommy Phillips dreams of buying a twelve-string guitar and using it to shred his way back into his famous absentee dad's life. But Madison Brooks took destiny and made it her bitch a long time ago. She's Hollywood's hottest starlet, and the things she did to become the name on everyone's lips are merely a stain on the pavement, ground beneath her Louboutin heel.

That is, until Layla, Aster, and Tommy find themselves with a VIP invite to the glamorous and gritty world of Los Angeles's nightlife and lured into a high-stakes competition where Madison Brooks is the target. Just as their hopes begin to gleam like stars through the California smog, Madison Brooks goes missing. . . . And all of their hopes are blacked out in the haze of their lies.

Unrivaled is #1 New York Times bestselling author Alyson Noel's first book in a thrilling suspense trilogy about how our most desperate dreams can become our darkest nightmares.