Read praise for the Immortals series 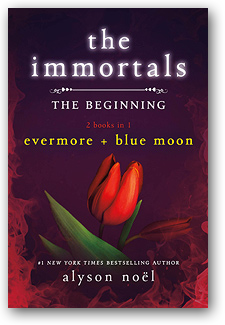 The Immortals: The Beginning

2-in-1 reissue of Evermore & Blue Moon 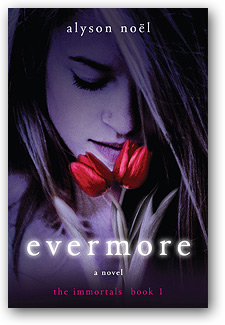 Since a horrible accident claimed the lives of her family, Ever can see auras, hear people's thoughts, and know a person's entire life story by touch. Going out of her way to avoid human contact and suppress her abilities has branded her as a freak at her new high school—but everything changes when she meets Damen.

Damen Auguste is gorgeous, exotic and wealthy. He's the only one who can silence the noise and random energy in her head—wielding a magic so intense, it's as though he can see straight into her soul. As Ever is drawn deeper into his enticing world of secrets and mystery, she's left with more questions than answers. She has no idea just who he really is—or what he is. The only thing she knows to be true is she's falling deeply and helplessly in love with him. 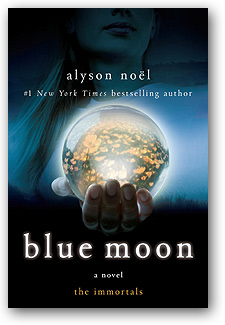 Ever has a chance to bring her family back from the dead—but only if she's willing to sacrifice the guy she loves more than life itself.

Just as Ever is learning everything she can about her new abilities as an immortal, initiated into the dark, seductive world by her beloved Damen, something terrible is happening to him. As Ever's powers are increasing, Damen's are fading—stricken by a mysterious illness that threatens his memory, his identity, his life.

Desperate to save him, Ever travels to the mystical dimension of Summerland, uncovering not only the secrets of Damen's past—the brutal, tortured history he hoped to keep hidden—but also an ancient text revealing the workings of time. With the approaching blue moon heralding her only window for travel, Ever is forced to decide between turning back the clock and saving her family from the accident that claimed them—or staying in the present and saving Damen, who grows weaker each day... 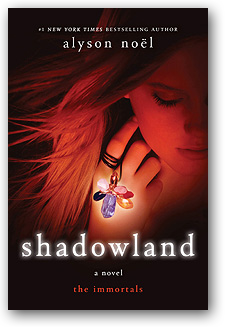 She always believed he was her destiny—but what if fate has other plans?

Ever and Damen have traveled through countless past lives—and fought off the world's darkest enemies—so they could be together forever. But just as their long-awaited destiny is finally within reach, a powerful curse falls upon Damen...one that could destroy everything. Now a single touch of their hands or a soft brush of their lips could mean sudden death—plunging Damen into a bleak afterlife in the Shadowland, an eternal abyss for lost souls. Desperate to break the curse and save Damen, Ever immerses herself in magick—and gets help from an unexpected source...Jude Knight.

Although she and Jude have only just met, he feels startlingly familiar. Despite her fierce loyalty to Damen, Ever is drawn to Jude, a green-eyed golden boy with magical talents and a mysterious past. She's always believed Damen to be her soul mate and one true love—and she still believes it to be true. But as Damen pulls away to save them from the darkness inhabiting his soul, Ever's connection with Jude grows stronger—and tests her love for Damen like never before... 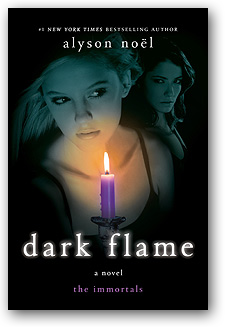 In this eagerly awaited continuation of the bestselling Immortals series, Ever struggles to help her best friend Haven transition into life as an immortal—trying to keep her from doing anything that puts them at risk, while attempting to gain control over her enemy Roman, so she can finally obtain the antidote that will allow her and Damen to be together. But when the spell she casts backfires, resulting in a strange, foreign pulse that binds her to Roman instead, Ever turns to Jude and dark magick, desperately attempting to break free of the curse, and ultimately risking everything she knows and loves—including her beloved Damen. 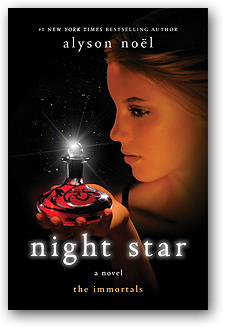 Best friends make the worst enemies—they know all your secrets, your weaknesses, and just how to hurt you most...

After fighting for centuries to be together, Ever and Damen's future hinges on one final showdown that will leave readers gasping for breath. Don't miss this explosive new installment of the number one bestselling series that's enchanted millions across the world! 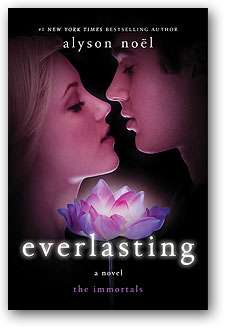 The sixth and final installment of the epic love story that has enchanted readers across the world. Ever and Damen have spent centuries facing down bitter rivals, jealous friends and their own worst fears—all in the hope of being together forever. Now in Everlasting, their destiny is finally within reach.

Will they be united—or torn apart forever? Readers will finally discover the truth in this anxiously awaited conclusion!