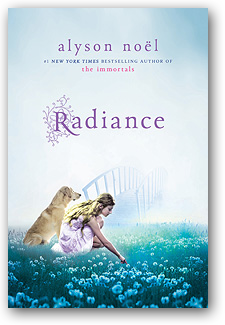 Welcome to the Here & Now

Riley Bloom left her sister, Ever, in the world of the living and crossed the bridge into the afterlife—a place called Here, where time is always Now. Riley and her dog, Buttercup, have been reunited with her parents and are just settling into a nice, relaxing death when she's summoned before The Council. They let her in on a secret—the afterlife isn't just an eternity of leisure; Riley has to work. She's been assigned a job, Soul Catcher, and a teacher, Bodhi, a curious boy she can't quite figure out.

Riley, Bodhi, and Buttercup return to earth for her first assignment, a Radiant Boy who's been haunting a castle in England for centuries. Many Soul Catchers have tried to get him to cross the bridge and failed. But he's never met Riley...

LISTEN TO AN AUDIO EXCERPT 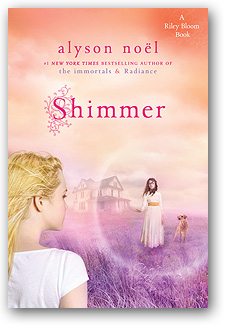 Having solved the matter of the Radiant Boy, Riley, Buttercup, and Bodhi are enjoying a well-deserved vacation. When Riley comes across a young ghost named Rebecca, Riley soon learns Rebecca's not at all what she sees. The daughter of a former plantation owner, she is furious about being murdered during a slave revolt in 1733. Mired in her own anger, Rebecca is keeping the ghosts who died along with her trapped in their worst memories. Can Riley help Rebecca without losing herself to her own nightmarish memories?

LISTEN TO AN AUDIO EXCERPT 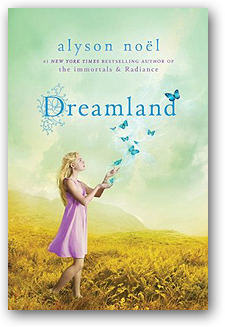 Riley's finding that the afterlife can be a lonely place when all you do is focus on work. So she goes to the place where dreams happen, hoping to find a way to contact her sister, Ever. She meets the director, who tells her about the two ways to send dreams. As a Dream Jumper, a person can jump into a dreamer's dream, share a message, and participate. As a Dreamweaver, an entire dream can be created in a studio and sent to the dreamer. But Dreamweaving was outlawed decades ago, and the studio was boarded up. Thinking it's her only way to reach out to her sister, Riley goes in search of the old studio. There she finds a ghost boy, who's been creating and sending nightmares to people for years. In order to stop him and reach out to Ever, Riley is going to have to confront and overcome her own fears. 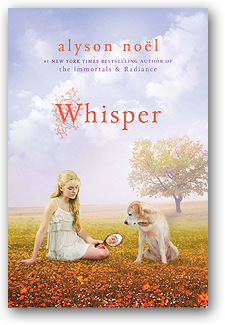 Just because I was dead—just because he couldn't technically harm me—didn't mean I wasn't quaking with fear. Because I was—I really, truly was. . .

After the problems with her last mission, Riley practically begged the Council for a more challenging Soul Catch. She is determined to prove herself. But this time her challenge may be more than she can handle. Now she's been assigned to a real Roman gladiator. So fearsome he was named the Pillar of Doom. How is Riley, a scrawny twelve-year-old, supposed to get through to him?

When Riley stumbles upon Messalina, the beautiful girl who has been around for centuries, she may have found the answer. Messalina convinces Riley her only chance is to become a part of the gladiator world. To do this, Riley must go through a dramatic make-over and become the teenager she's always wanted to be. She's beautiful, she's mature, and she may even find her first boyfriend. But with a dream this enchanting, will Riley complete her mission and return to Bodhi and Buttercup, or will she stay in Messalina's world forever?